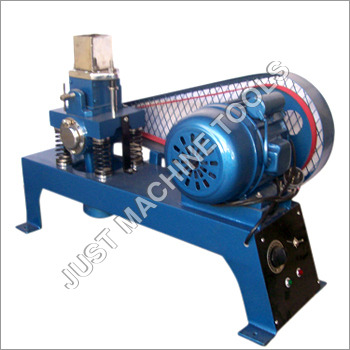 
Concrete moulds are easily cast by using a tamping bar or a vibrating table. However air trapped in cement mortar paste can not be thus removed while casting cement mortar moulds. Easy method is to impart greater vibration of lesser amplitude to the mould while casting. This is achieved in a Vibrating Machine.

Specifications :
The machine consists of a vibrating frame assembly and an electric motor mounted on a sturdy base.
The complete frame assembly consists of a vice to hold a 7.06cm cube mould and two studs threaded at top and a hopper to feed the sample in the mould. This assembly is supported on four springs and has an in built rotating shaft which rotates eccentrically and thus imparts vibrations to the entire frame. A balance weight is an integral bottom part of the frame. The entire of gravity of the assembly is brought to the center of the eccentric shaft or within a distance of 25mm below it. The electric motor drives the shaft of the frame and thus imparts required vibrations to the mould. The frequency of vibration is 12000 +/- 400 vibration per minute. Supplied complete with on 7.06cm cubs mould with loose base plate, a time switch 0-5mins x 1min and certificate of vibration from a standard laboratory. 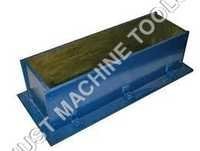 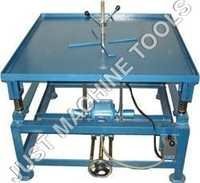 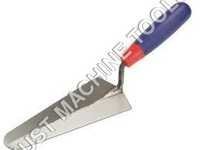 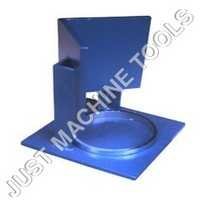 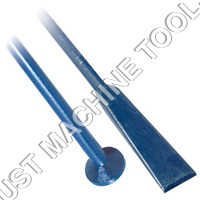