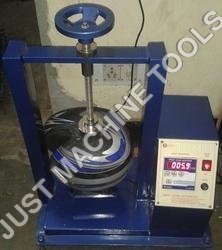 The ability of a helmet to withstand deformation due to any force acting on it is determined by subjecting it to a rigidity test. In this test the helmet, without the head-form, is placed between two horizontal flat parallel plates and is subjected to a small initial load and subsequently to a major load over a specified time period. The change in the dimension of the helmet under initial and major loads is measured and compared against standard values.

The JUSTY Rigidity Tester for helmets consists of two solid steel plates held parallel to each other with the help of four spacer rods. A loading plate with a guide rod is guided along a vertical axis in a brass bush held in the upper plate. The weight of the loading plate assembly is equal to the initial load.

The equipment is designed for simplicity in use. It is finished in shore blue metallic painting and bright chrome plating to give it a corrosion resistant finish. 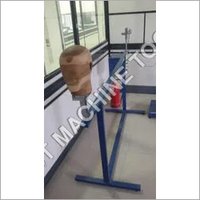 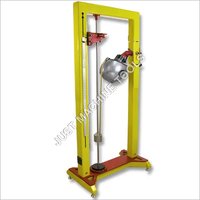 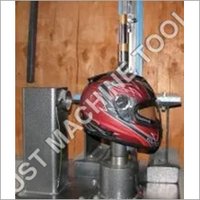 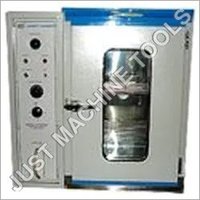 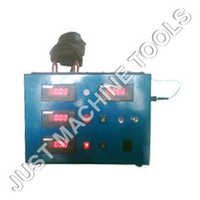 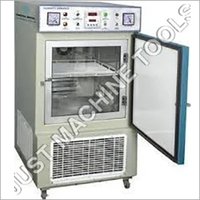